There’s one thing I love about dining in Australia, and that is the unpretentious nature where most people are confident in whatever they wear (be it thongs and a singlet) and there isn’t a need to dress-to-impress when going to most (I’d say, 90%) of restaurants. Cumulus Inc. is one of the most raved about restaurants in Melbourne, holding a ‘one chef’s hat’ status for the past 5 years, but it allows you to enjoy their fine food in comfort and lightness.

(above image from cumulus inc.)
My family and I enjoyed the entire dining experience here, from the marvellous food to the service to the simple, unassuming décor of the place. I love the concept of sharing at meals, and was absolutely elated to hear that food here at Cumulus was best shared. What could be better than getting to try EVERYTHING! (Also I wasn’t really keen on stuffing my face with a whole roasted lamb shoulder on my own) 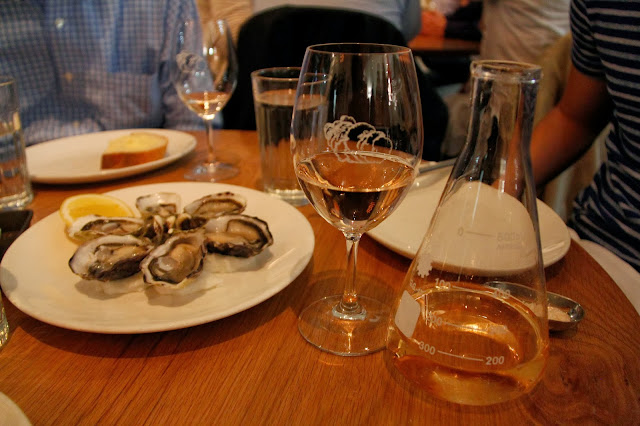 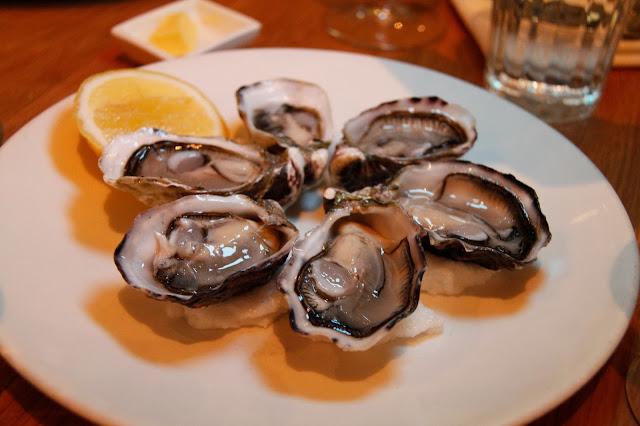 Coffin Bay, SA Oysters $4 each
These were the only oysters available that night, but they were fresh and great. Served simply with lemon, I’ve nothing to complain about when it comes to fresh oysters. 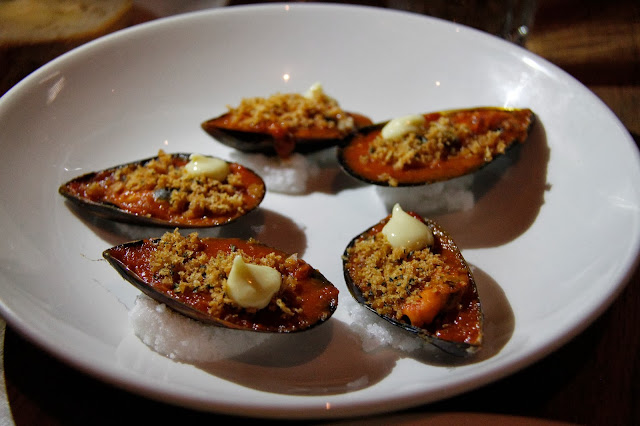 Baked Chilli Mussels $10
These were the BAWMB. I will try to calm down but I cannot express how amazing these mussels were, except that we ordered a second plate and trust me if not for the other impending food on the way, I would have asked for more and more and more. This is the way mussels ought to be served, I don’t think I can ever look at a pot of mussels the same way, knowing I could have had these baked goodies instead. 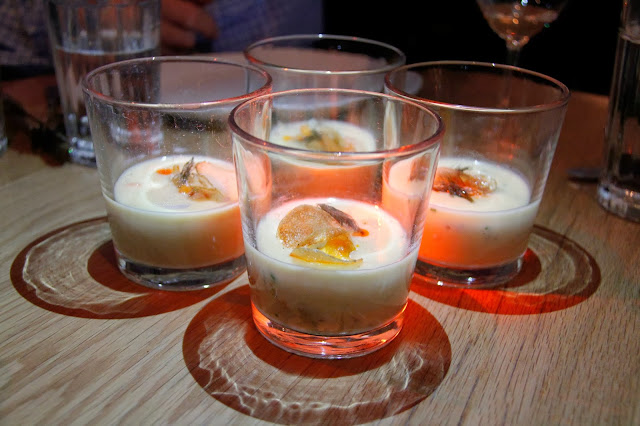 Potato & Clam Chowder $10 (above: 2 portions split 4-way)
We were really impressed with the service here, and the waitress gladly offered to split our clam chowder 4-way. Since she offered, we doubled up the order to 2 portions so it would make more sense, and it was definitely a good idea. Having too much soup at the start of the meal would stuff all of us up, so having 1/2 a portion each sounded good. This clam chowder was so finely and smoothly made, with little veggie chunks chopped up into cubes as small as nanoblocks. 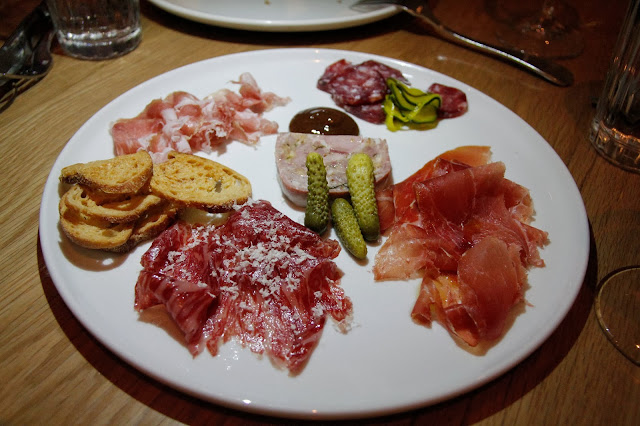 Kitchen Charcuterie Selection $26
The selection was surprisingly large for the price paid, and came with Prosciutto di Parma, Rabbit terrine, Kurobuta (black pig), Jamon, House cured Pastrami. Yes rabbit terrine is actually rather tasty, although I might be shot at for being cruel to animals. I pretty much liked all the meats, and the jamon went great with the pickles. Also, it was a great idea to order this than just get a whole lot of just one meat. 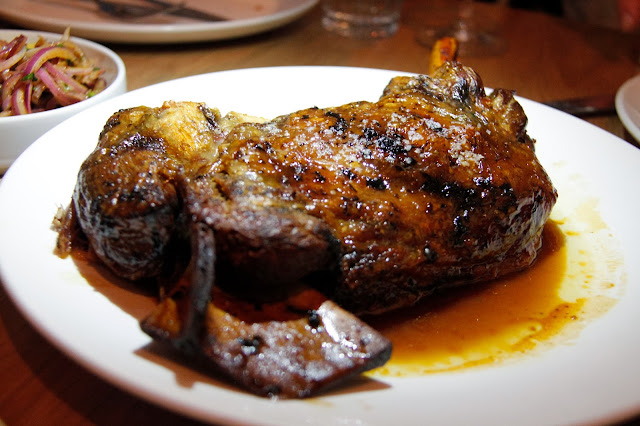 Whole Slow Roast Lamb Shoulder, to share $64 (approx 1.4kg)
The only thing that scared me about ordering this was having a huge chunk of meat that wasn’t cooked well (a Florentine steak I recently had in Florence was absolutely disastrous even though the restaurant were supposed to be famous for their steaks), but this mega huge 1.4kg lamb shoulder was cooked so well, I forgot what I was even worried for. The outside was slightly crispy, but the inside meats were so soft and seasoned well such that the awkward lamb taste was significantly less strong than at other places. It also came with spiced red onion on the side which went well with the lamb.
(Note: the waitress added that this is great for sharing for 4-6 people.) 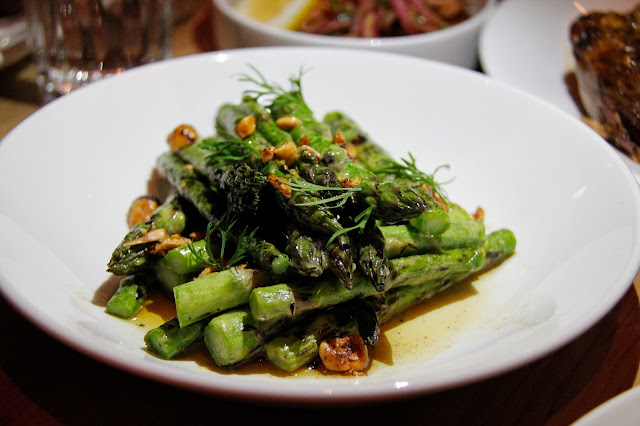 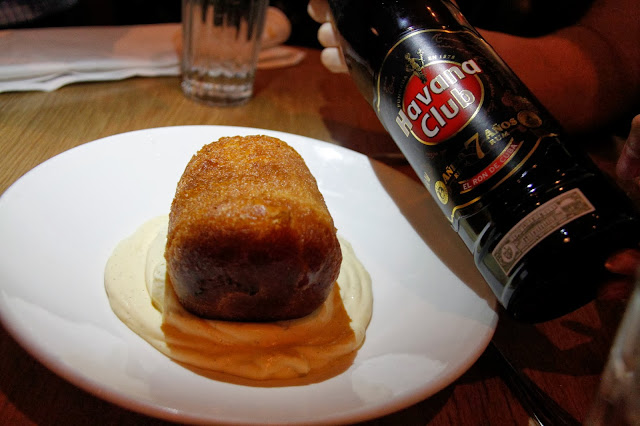 Rum Baba with aged rum $17
Mmm I haven’t had Rum Baba in ages and was mega excited to have this. I had a slight phobia towards rum (after a certain misadventure with my friends in Mauritius 2 years ago) but I think I’m all fine now. We were shocked that the waitress gave us the entire bottle to pour however much we liked after cutting halfway through pastry and pouring bit by bit while eating. But who is to complain about holding a bottle of aged Rum with a sticker certifying it by the Cuban Government. 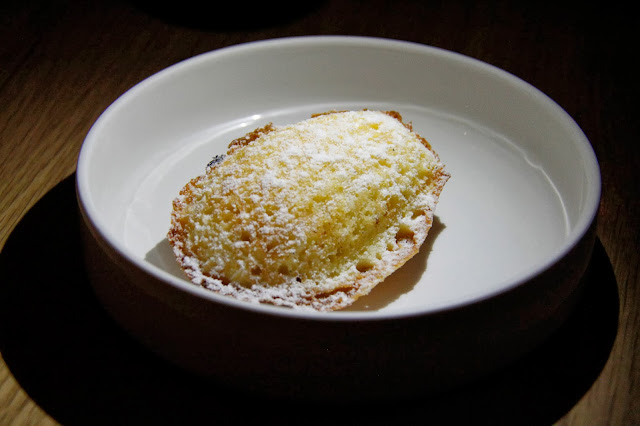 Madeleine filled with lemon curd $2.5
S said this was a must-try, and despite being stuffed beyond stuffed after all that food, I had to order one. I was laughed at, saying madeleines are so boring and we can get them anywhere, but I’m so glad I ordered it because this was one of a kind. It was crispy, wasn’t horribly buttery as usual, and the lemon curd inside oozed out so nicely it was a good change to the usual Madeleines I used to stuff my face with as a kid. My only regret was that I only ordered ONE. Note to self: at least two next time! 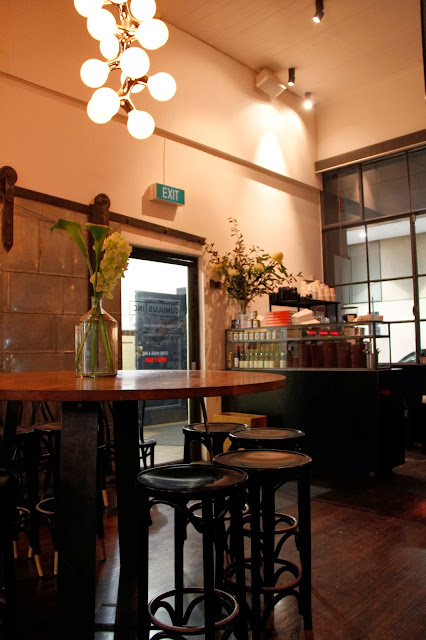 The overall experience here at Cumulus was an amazing one, and I’d love to come back again – for both breakfast and dinner. The portions were just right, not too much that it left me wanting more and more.

As I write this, I’m dreading classes tomorrow and missing Melbourne very much. So I can only say this song by the Bay City Rollers would be very, very apt.

Most people say that people who like living in Sydney will never be able to like living in Melbourne, and vice versa. I’ve always agreed with that and witnessed that in other people, but it doesn’t rule out the fact that Melbourne has amazing food and is still very worth visiting for some foodventures! This is about the 3rd time I’ve been there in the past one year and every trip has been very satisfying. These are some of the cafés I’ve visited and enjoyed.
Cafe Sweethearts 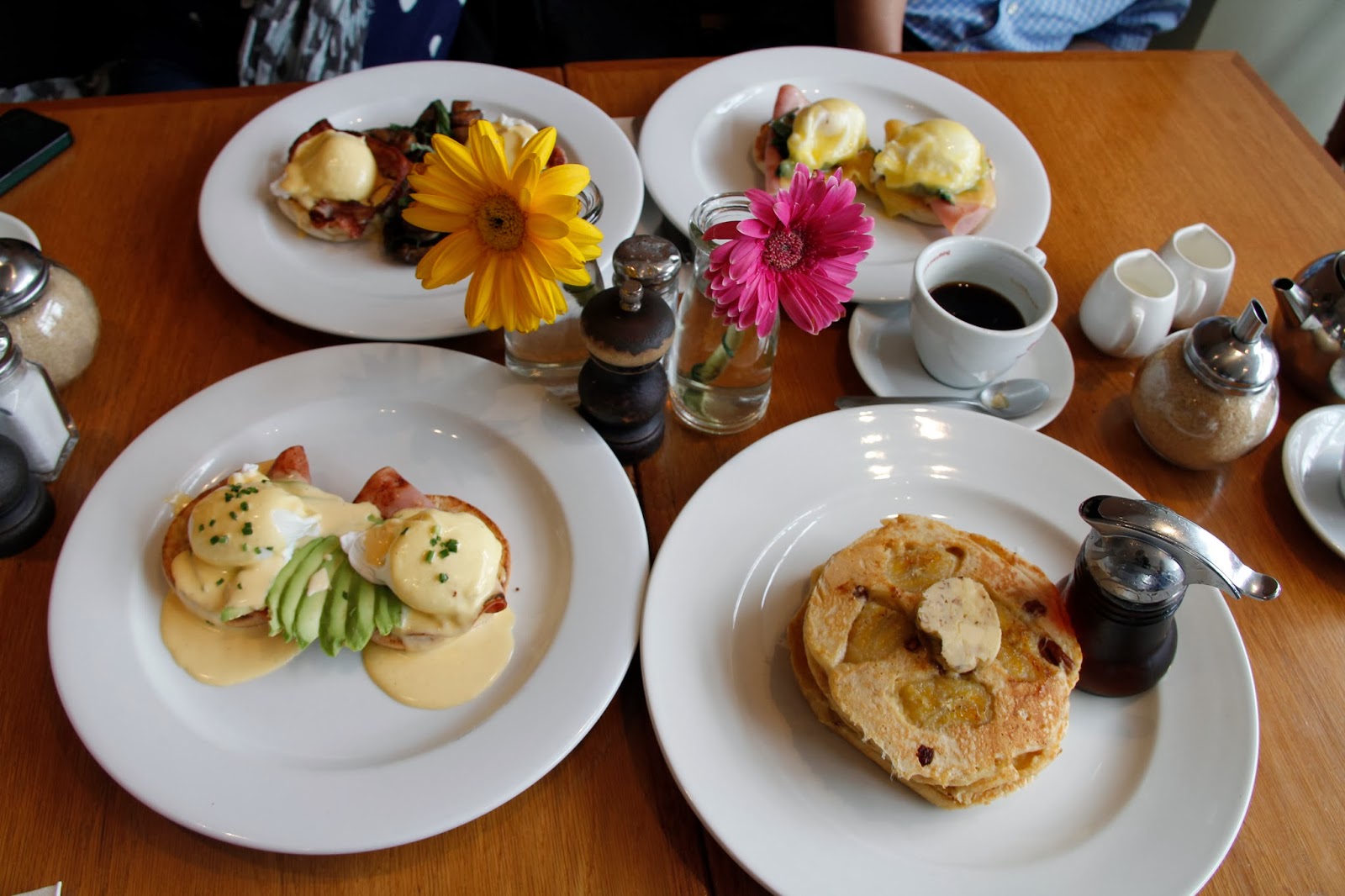 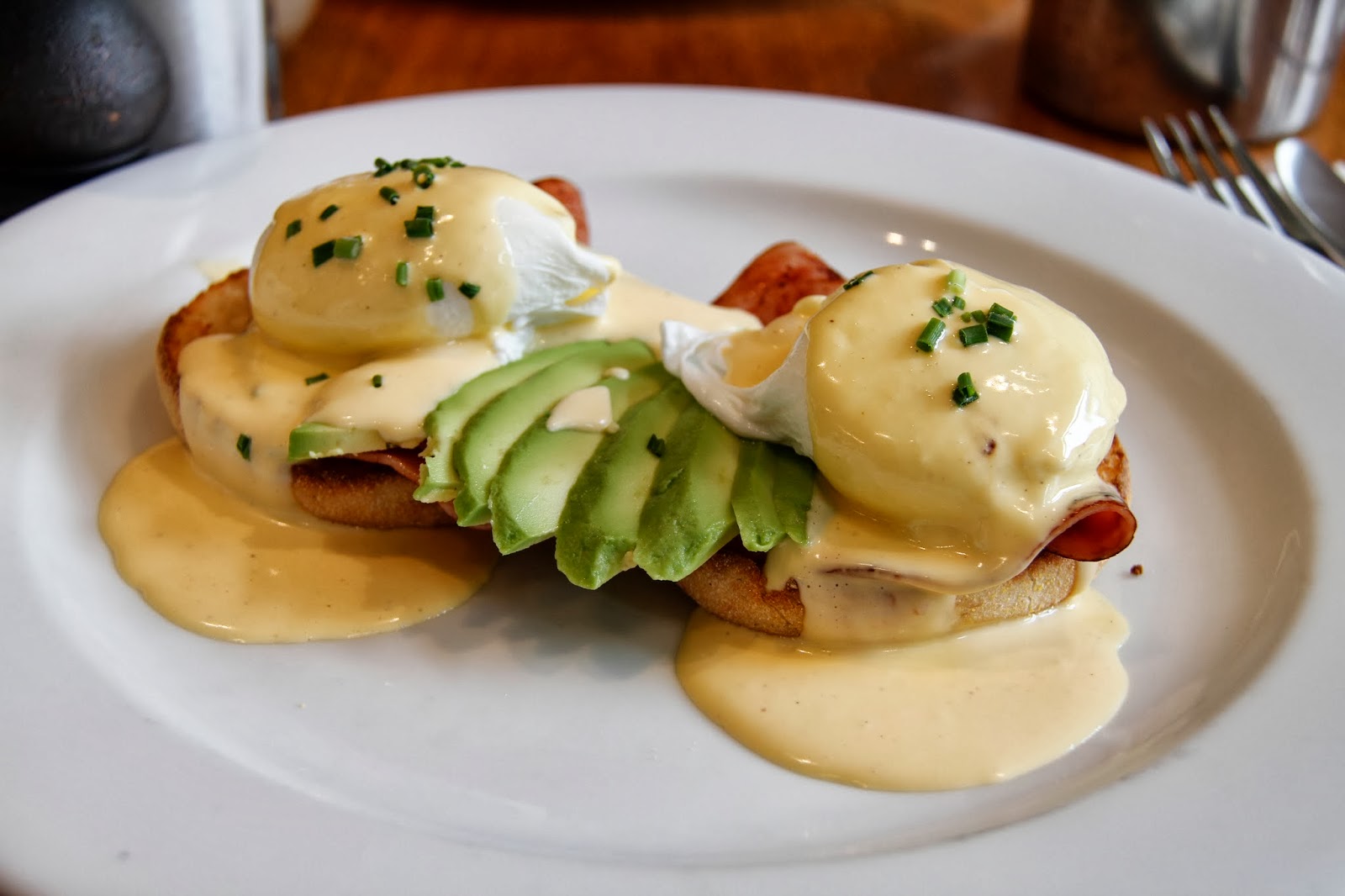 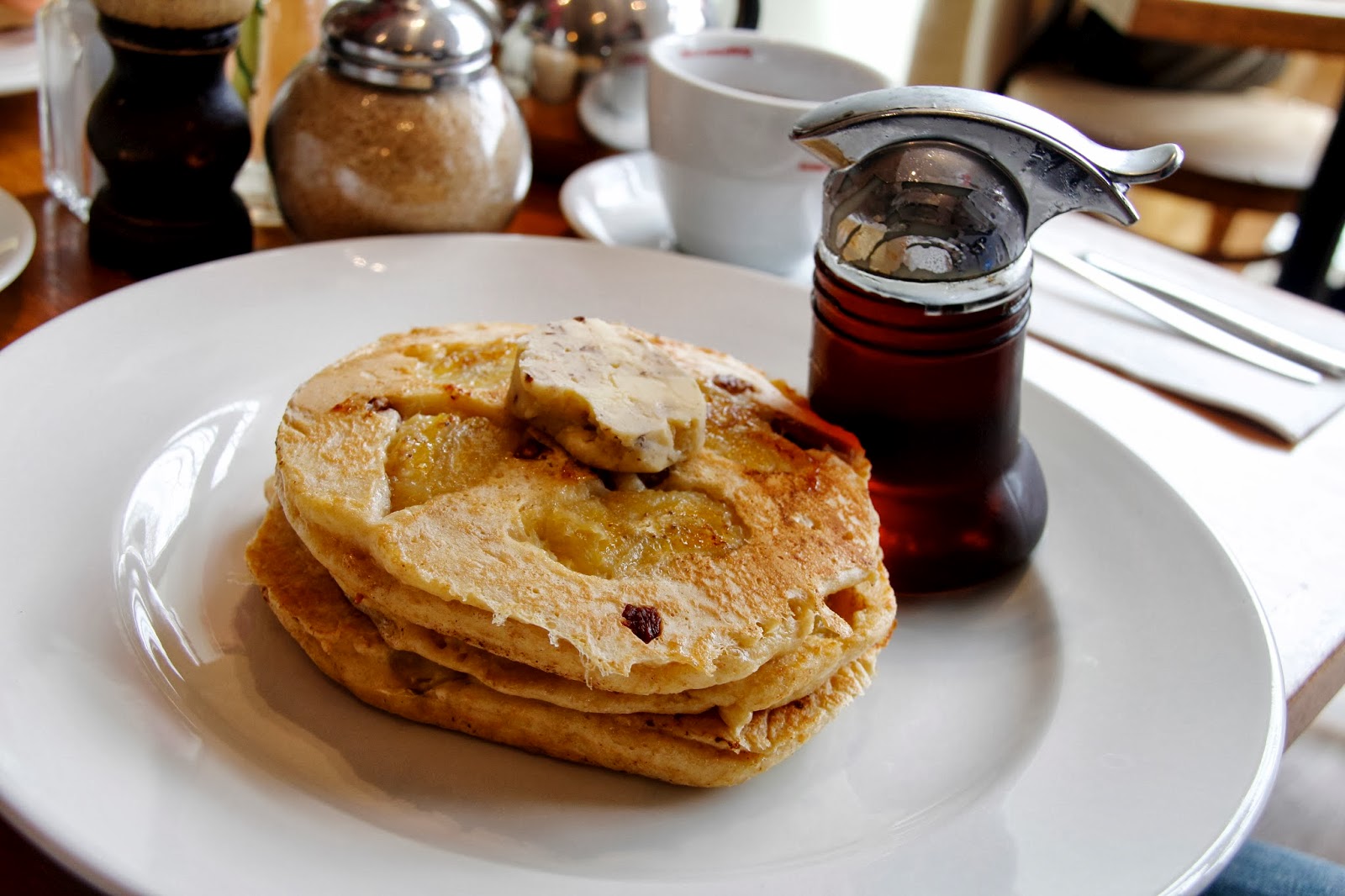 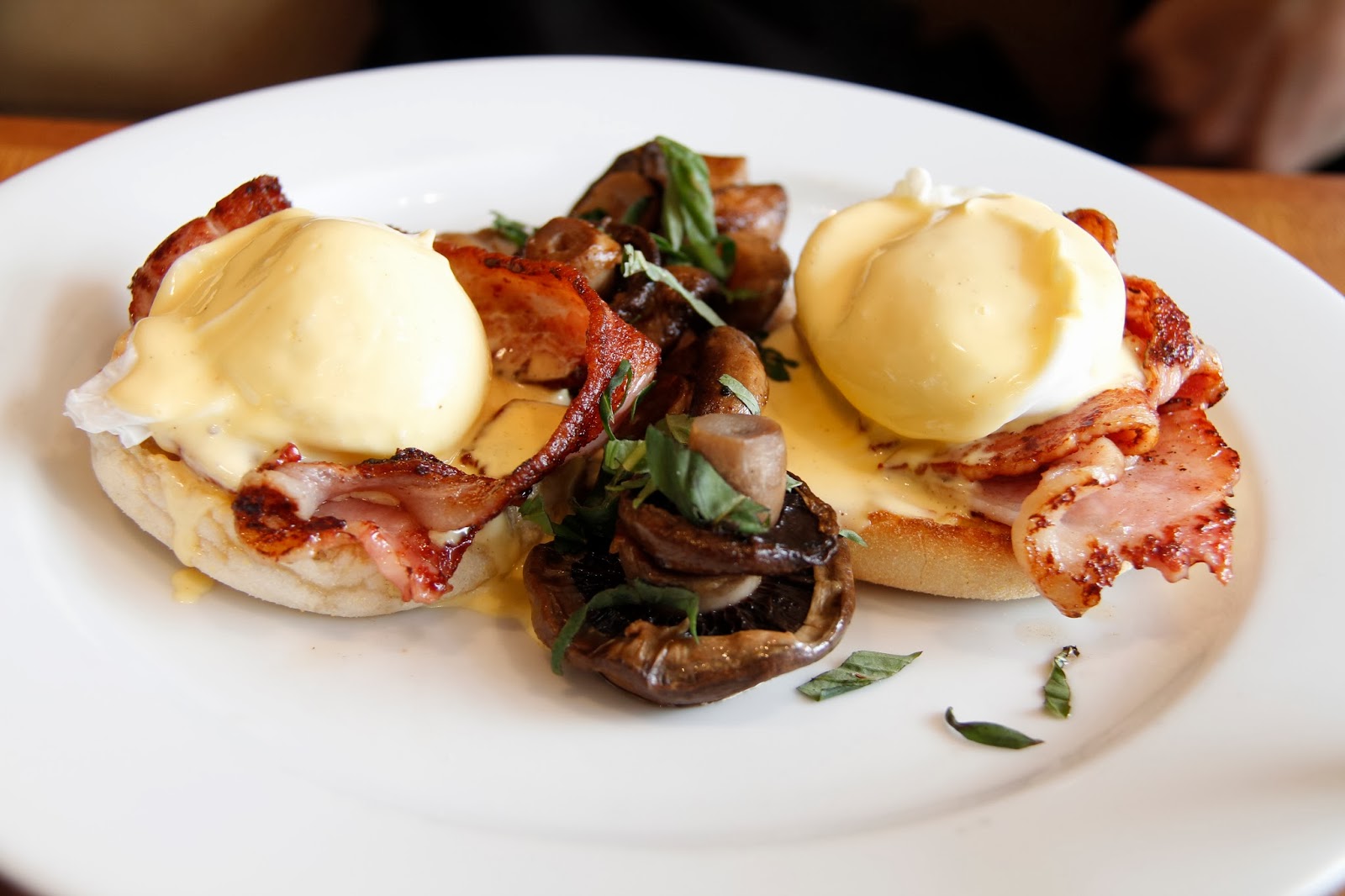 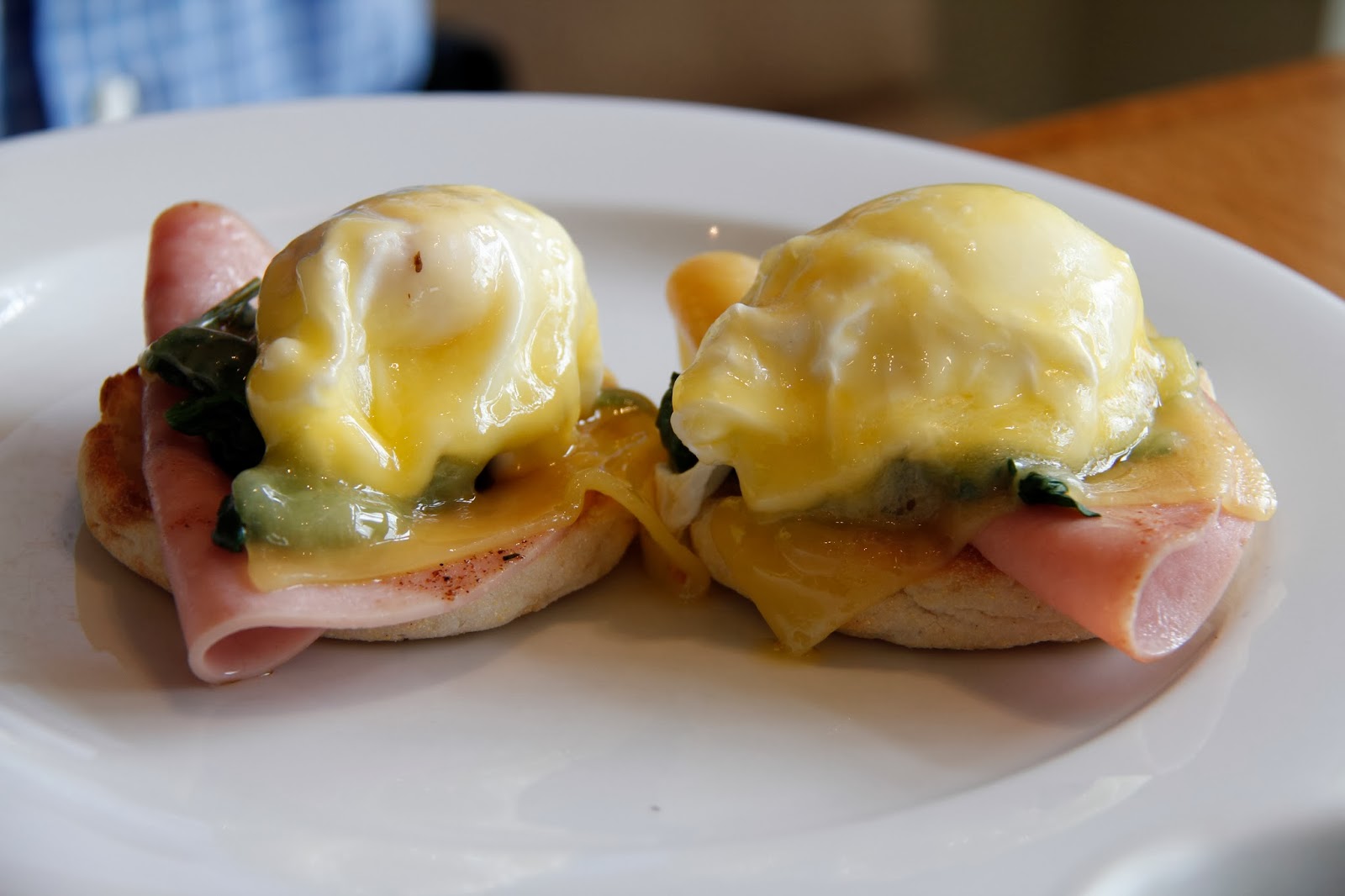 This happens to be my brother’s favourite café for breakfast (and eggs!), and it’s the sort of quiet cosy place that is reminiscent of someone’s home. Given the name, there is a slight romantic-ish feeling of this café that might have cheesy couples hold their little engagement parties at, but there’s a lot more to this place. They have so many different variations of EGGS dishes, and they do their Eggs Ben and Eggs Florentine and Eggs Royale etc etc all very well. Perfectly poached eggs with a light yet smooth hollandaise sauce with a toasted muffin below that isn’t un-chewable like McMuffins are. B had banana pecan pancakes which were nice and fluffy too, and the hazelnut butter was AMAZING.